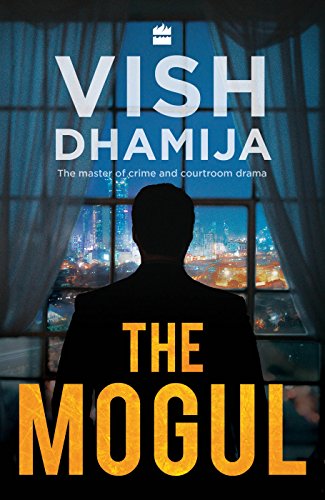 Prem Bedi is the 'Mogul' - the third richest man in the country. He commands both fear and respect, and at fifty-three, he still looks handsome and aristocratic. But Bedi's smoothly run empire comes to a screeching halt when he's accused of killing his ex-wife and her husband, and dragged into a court battle. The ever-present spotlight on him grows brighter and harsher, and the questions grow louder - 'Did he do it?' A story unfolding through several different perspectives, The Mogul is howdunnit set in the fractured World of power, money and crime. 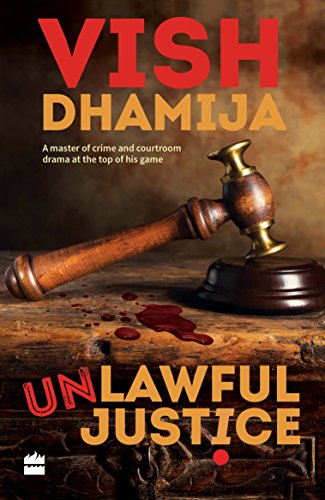 Baby, the sixteen-year-old daughter of the Diwan family’s household help, has been raped and brutalized. Vansh Diwan, a criminal lawyer, finds himself torn between a shot at justice for the girl and a very powerful client. He cannot bring himself to proceed at the risk of all that he has secured for his family. His wife Priti, distraught and devastated at her husband’s decision, turns to an old friend for help.

Akash Hingorani, top criminal lawyer and best friend to Priti and Vansh, must step up. He is Baby’s last chance. But things quickly unravel as Akash’s probe into the rape suddenly turns into a murder investigation. A powerful legal thriller that moves breathlessly from Crime scene to courtroom to homes to lay bare the difference between Law and justice. 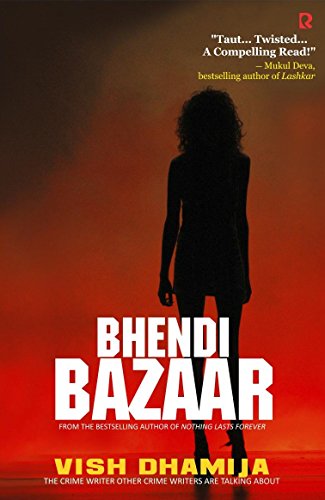 This book is centred around a serial killer Running loose in Mumbai and the struggle that a police commissioner finds himself in tracing down the criminal before another victim falls prey to him.

The thrilling plot gets underway with three teenage Girls in 1982 who take a flight from Soviet Union to the west but with a complete turn of Events they end up being sold in Mumbai’s red light area.

This nail biting suspense novel describes a patterned killer who is on the lookout for Men who are waiting for a rendezvous with high-class escorts. When dead bodies start appearing up one after the other, police commissioner Rita Ferreira is sharp enough to pick out a pattern in all the serial killing surfacing in the streets of the metropolis.

With the city living in dread of a serial killer, the DCP grapples to uncover the killer’s identity. The plot thickens when the killer gives Rita a limited Time frame to catch him. With the clock ticking on her own life, Rita has to track the killer down to the climax where the two come up against each other. This gripping crime-thriller never has a dull moment and keeps the reader on edge till the very end. The book is available in paperback.

Vish Dhamija, a Crime fiction writer, was born and brought up in Ajmer, Rajasthan. A Commerce graduate, with an Management degree from Manchester Business School, Dhamija, after a career in the corporate world, took to writing with the 2010 publication of Nothing Last Forever, a Crime thriller, establishing him as a writer. 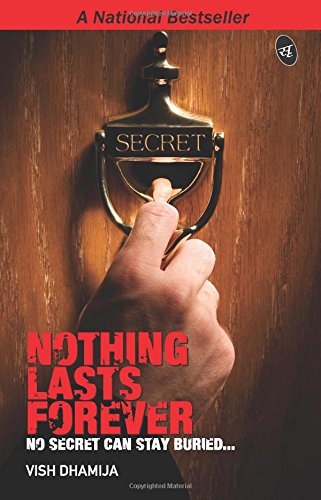 When Inspector Michael D'Cunha is called in to investigate a fire incident in Mumbai's posh Worli Sea Face apartment, where Raaj Kumar has died, he is convinced it is arson not an accident - either for insurances or an adulterous relationship gone sour. But Raaj's wife Serena is out of the country and the suspected other woman Kim has more alibi than he can count. A close friend of Raaj dies, in mysterious circumstances, soon after. But it's only when the Bombay Stock Exchange nosedives the police start digging old graves. Love, deception, murder, suspense. No secret can stay buried! Nothing Lasts Forever. "If it was a movie it would keep you, biting your nails, at the edge of your seat." About The Author Vish Dhamija was born and raised in Ajmer, Rajasthan, but his nomadic inclinations have made him encamp in Jaipur, New Delhi, Chennai, Jamnagar, Mumbai, Dubai, Tel-Aviv, Manchester and London, where he currently lives with his wife, Nidhi. He is an alumnus of St. Anselm's Ajmer and Manchester Business School, UK and holds dual citizenship - British and Overseas Indian. For more info visit: www.vishdhamija.com